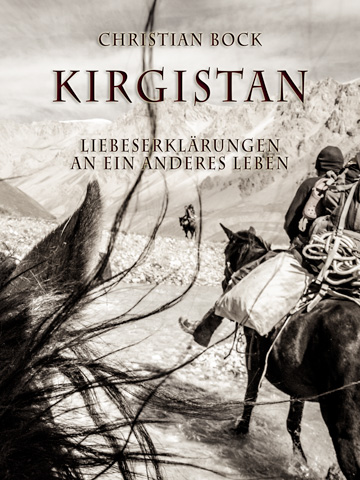 Kyrgyzstan: Love declarations
(in German only)

1.5 years with horses in the mountains of Kyrgyzstan -
photographic and written memories about the joys and challenges
of living a nomadic live in the wilderness.
(Appearing in 2020)