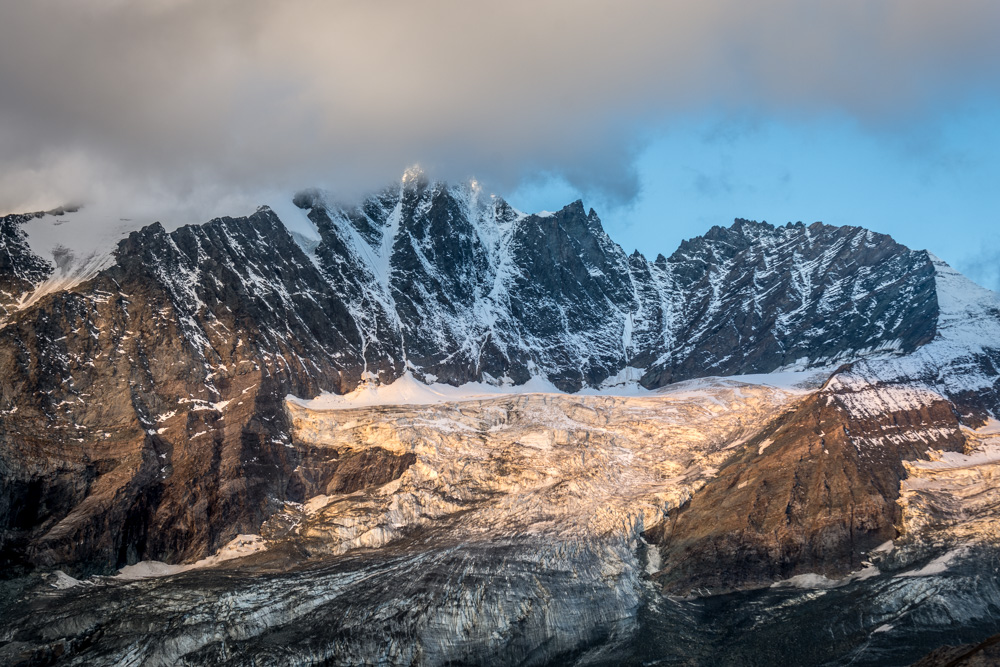 In 2018 I started to portrait the remaining glaciers of the European Alps. In the light of the ongoing rapid climate catastrophe their days are counted. As an example, the tongue of the largest glacier in Austria (Pasterze glacier) is expected to disappear completely within the next 40 years1. Climate change attributed to increases in carbon dioxide concentrations is largely irreversible for 1000 years after emissions stop2. Therefore it is unlikely that the ice would return to its former size within imaginable human time-scales. From the perspective of countless following generations, these are the last glaciers of the Alps. 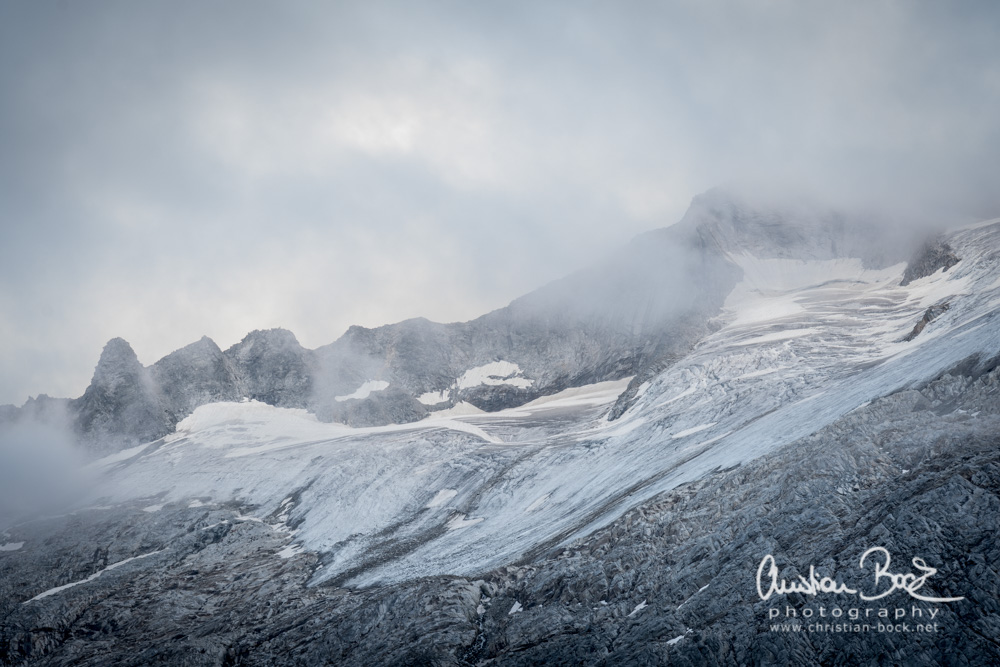 A history of changes

Since about 34 million years the earths’ climate system is in the Late Cenozoic Ice Age. “Ice Ages” are phases in earths’ history when at least one of the poles is glaciated. Due to shifts in landmasses, rising of mountain ranges, and changes in ocean circulations and atmospheric CO2-concentrations, back then the glaciation of Antarctica started. After a following continuous global cooling trend, about 2.7 million years ago also the formation of the Arctic ice-cap began.

Within the Late Cenozoic Ice Age, the climate system of our planet continuously switched between cold glacial periods and warmer inter-glacials. These changes are basically caused by variations in earths’ orbit around the sun and its rotational axes (Milanković-cycles). The arising changes in the amount and distribution of received solar radiation are further amplified by poitive feedback loops in the climate system. An important role in this takes the carbon dioxide concentration in the atmosphere. The current glaciers in the alps are remnants of the last glacial period (Würm glaciation). Back then the basin of Salzburg for example was burried under ice and the arctic ice-cap extended all the way to Berlin. This phase ended approximately 12,000-10,000 years ago, when temperatures started to rise again due to changes in the earths orbit. Our planet entered the current inter-glacial period. This geological epoche – the Holocene – was relatively stable in regard to average global temperatures. This stabiliy of environmental conditions provided the basis for the development of human civilization.

Eastern top of the Ghiacciaio della Marmolada glacier at the northern side of Marmolata (Dolomites/Italy).

The current inter-glacial is coming to an end though. By natural factors alone we actually should be in a slow long-term cooling trend, eventually entering the next glacial period. The consequences would be extensions of glaciers like in the Würm glaciation. With the large-scale burning of fossil fuels since the industrial revolution though we reversed the trend and are currently seeing tremendous and quickly advancing global warming.

To put these changes into perspective: the rate of our release of carbon-based greenhouse gases into the atmosphere is unprecedented within at least 66 million years of earths’ history3. Due to this massive intervention in the atmospheric composition, we postponed the next glacial inception artificially by at least 100,000 years already4. In fact, if we continue burning oil, coal and gas unabated, we might steer the earth-system within only a few human generations into a so-called “hothouse” state5, that resembles climates which reigned as far as 50 million years back in the Eocene when the planet was ice-free6. This would be a completely different world than humans and especially human cilization have developed in. In glance of the geologically documented mass extinctions in the past, the rapid pace of this transition “may be outside the range of evolutionary adaptive capacity”6. At least large parts of the planet would be rendered uninhabitable for humans.7. 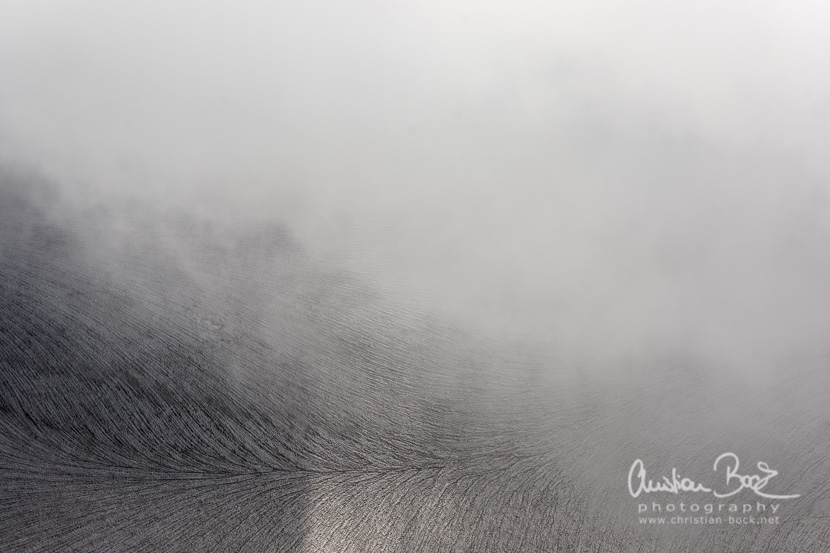 Not just the European Alps are effected of course – glaciers all over the planet are melting at alarming rates and faster than previously predicted, which is especially true for the large ice-masses of Greenland and Antarctica8. The worldwide observations collected by the World Glacier Monitoring Service (WGMS), speak a clear language (see the graph below). Although there are some glaciers in specific areas (e.g. in Southern Patagonia) that have been advancing, these are rare results of “special topographic and/or climate conditions (e.g. increased precipitation)”9. By far most of the glaciers on earth are retreating since decades. 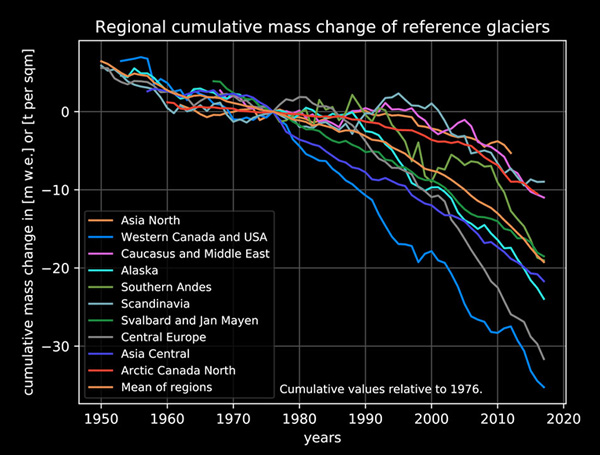 Although the total glacial volume in the Alps has decreased dramatically in the last decades, the range is still home to about 5000 glaciers. But most of them only take up a small surface area. My ongoing journey leads me through Austria, Switzerland, France, Italy, Germany and Slovenia. The latter two countries have only very small glaciers left. Technically they are not glaciers any more, but “dead-ice”, meaning they stopped flowing so there is no additional ice created by compression of snow at higher elevations and they therefore are melting in situ. This ice can be viewed as prototypes for the fate of most glaciers in the 21st century. A fate like that mos probably is waiting for many glaciers in the Alps within the 21st century. In a couple of years, a prominent example could be the tongue of Austrias largest glacier. The lower massive body of Pasterze glacier is now only gaining ice from above by merely three small icefalls. 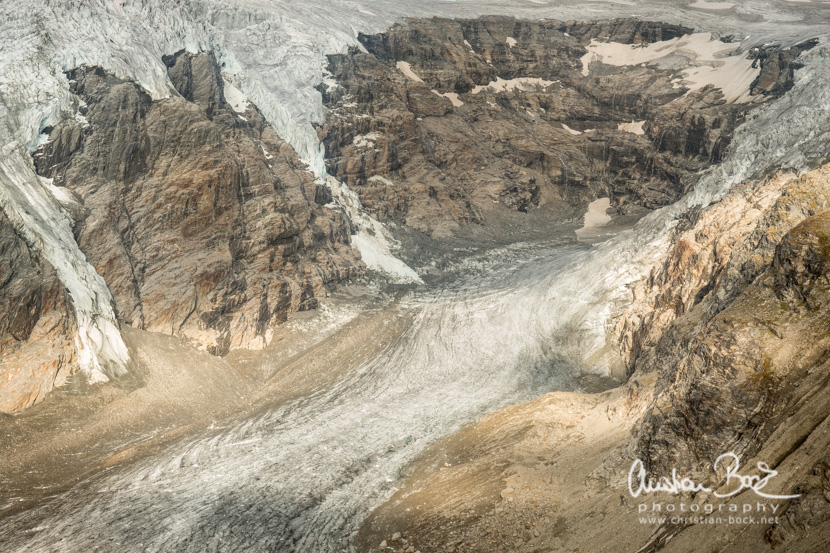 The disintegrating upper part (Hufeisenbruch) of the Pasterze Glaciers’ tongue. The glacial body is only connected by three small ice-falls to its accumulation zone above (Glockner Group/Austria).